Borsch is the most famous Ukrainian soup. Perhaps, the only Ukrainian soup known outside Ukraine 🙂 It is a beet root soup, red in color. As with any other traditional dish, there is a dozen variations of recipes out there.

In my family we have always cooked borsch with beef, using the beef broth as the base. There is a meat-free recipe as well, the “lean” borsh, vegetarian kind.  Some add bell pepper while cooking. Personally I do not like the flavor bell peppers add to the soup, so I don’t add any. Some swear by white beans as an indigenous ingredient of a borsch. My grandfather was one – he would not eat it were there no beans in the soup! Another variable is the added sour cream. Traditionally, borsch is served with a spoonful of sour cream per plate.  That’s the only way I eat it 🙂 But my grandmother, for example, would eat borsch as-is, no added anything. By the way, in recent years I have seen people add mayo instead on sour cream, too.

I am not claiming to be the highest authority in the history of Slavic cuisine, but as far as I know (as far back as my family goes), borsh is a Ukrainian dish. However, the Russians claim it’s theirs. I will not get involved in this discussion. At least here and now 😉

0.5 pound beef (as lean or fat as you like), can take up to a pound for a family of meat-lovers

Step 1. Cook the beets and carrots.

Wash the 4 beets and 2 carrots, DON’T PEEL! put in a pan, cover with water and cook on medium heat until soft if poked with a fork. Carrots usually take about 15 mins. Take them out when fully cooked. Beets may take up to one hour. When ready, take them out of water and let cool.

Traditional way: cut the meat into large pieces and boil it in 0.5 gallon of water with one whole onion (peel the onion before boiling it, naturally) for about 30 mins. Save the broth – this is the base for your borsch.

My way: peel and cut onion into small pieces. Wash and cut meat into bite size squares. Saute the onion with the meat in a bit of oil on medium heat for about 7-10 mins and don’t forget to stir occasionally (please resist the temptation to use olive oil here – does not taste well, trust me). When the meat is no longer bleeding and is starting to take up a bit of brown color to it, add about half a gallon (1.5 liters) of water – this is your base.

While the meat is cooking, peel and cut 3 potatoes. I recommend cutting each potato into 4-6 pieces to keep them intact while cooking. When the meat is ready, add the potatoes to the broth, cover the pan and cook for about 15 mins on medium heat.

Dice and slice the cabbage to you liking. When the potatoes are almost done (soft when poked with a fork, but not yet falling apart, that is), throw the sliced cabbage into the soup-to-be and keep cooking on medium to low heat under cover for another 10 mins. 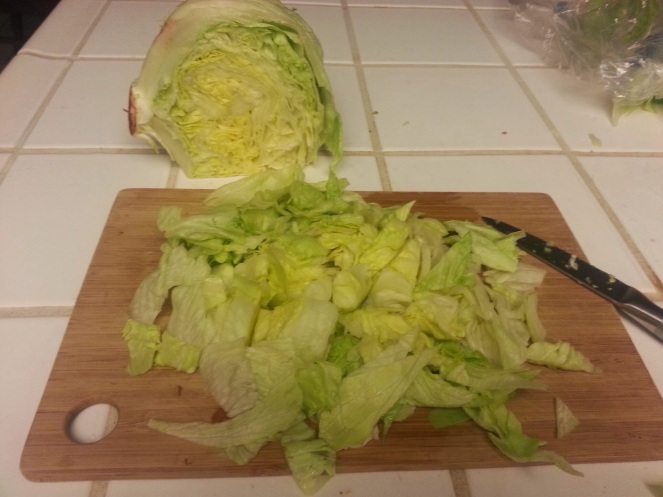 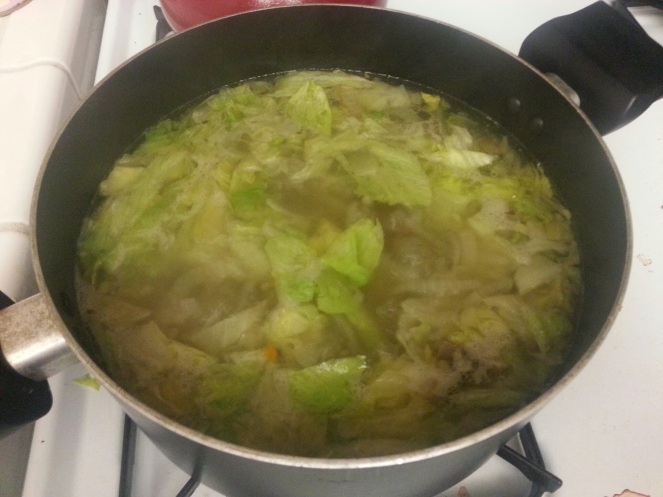 Peel the carrots and beets. Grind. You can even grind cabbage and beets together to save time and washing. This time I used a processor, but often do it in the old fashioned way, too. 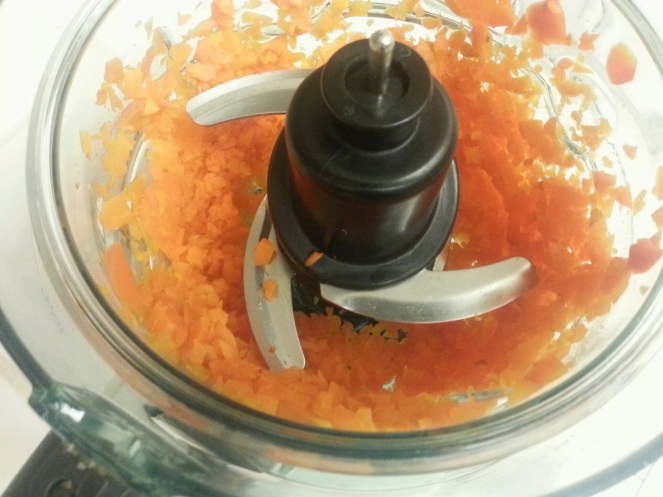 Take a large and deep frying pan, add a bit of oil and saute the ground cabbage with the beets for some 7 mins on medium heat, stirring occasionally. Grind 1 tomato and add to the frying mix. Add 2 Tb sp of tomato paste and mix well. Also, add 0.5 tea spoonful of sugar – it will bring out the taste of tomatoes. 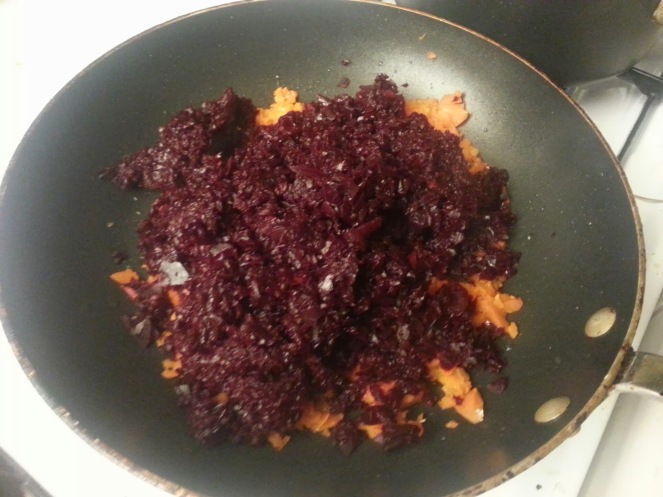 Step 7. Add the cabbage and beets mix to the broth. Mix well, but carefully. Keep it boiling all together under cover for another 5-7 mins.

Turn the heat off.

After the heat is off, add smashed or cut garlic.  Mix well and taste the borsch. You might need to adjust spices at this point.

I like everything sour, so I add 1-2 table spoonfuls of vinegar at this stage. The smell of vinegar wears off immediately, but the borsch acquires a much brighter flavor. But again – do taste on every step as vinegar is not for everyone.

Serve with fresh bread and a spoonful of sour cream. Let me know how you liked it!

Hi, I am Elena, a Traveler who has found her Home. I was born'n'raised in Odessa, on the Black Sea, and love my city passionately. When I was little, I lived in Singapore for 4 years - that is where my life-long love affair with the English language began. Back in Odessa, I was blessed to marry a Moroccan man and fell deeply in love with Morocco as a country, their culture, heritage and cuisine! We moved to the United States in 2011. It was the Relocation of the Lifetime, trust me. Now I am inviting you to share the experience and - maybe, who knows? - you will contract a sparkle of inspiration to transform your own life! View all posts by Elena

18 thoughts on “Borsch – the most famous Ukrainian soup”

Hi, I'm Elena and I'm glad you stopped by! I hope to amuse you, to fascinate you and maybe even educate you a tiny bit. But above all, I wish to inspire you with my stories, pictures, travels and wishes that have become reality. Welcome and hope to see you again soon!